Former U.S. Ambassador to Turkmenistan thinks that low cost and short time to delivery make the project an obvious winner. 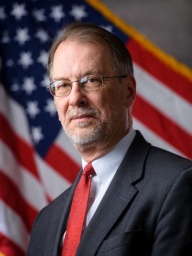 — Mr. Ambassador, what do you think of the just-signed agreement on swap deliveries through Iran? This is the opinion of a Turkmen expert -infoabad.com

— Two billion cubic meters of Turkmen gas to Azerbaijan is a good start, but isn't enough to meet Azerbaijan's domestic demand as well as to supply needed exports to Armenia and Georgia. There is still a need for more Turkmen gas to flow westward. Given current prices for natural gas, some Turkmen gas could even go to Turkey.

With all due respect to Dr. Aronskiy, whom I remember well, whether natural gas via Iran would be a better option than via an undersea connector is something only time will tell. We believe there is sufficient opportunity to provide gas to the Caspian region through the Caspian Connector to justify this project. Aside from its expected commercial feasibility, this will serve to strengthen cooperation amongst the countries and contribute to the energy transition toward Paris Agreement goals, of which all of these countries are signatories. 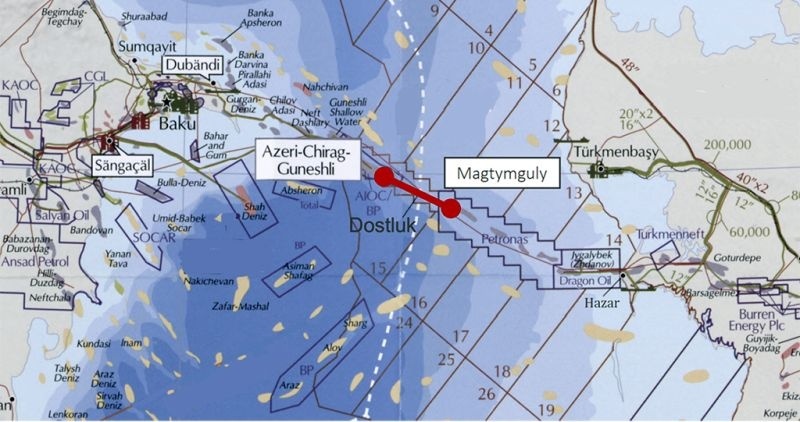 There is also a pressing need to stop flaring gas and releasing methane from Caspian wells. This gas needs to be captured and used rationally for environmental as well as economic reasons. Deputy Chairman Serdar Berdimuhamedov committed Turkmenistan to reducing methane emissions at COP 26, and this would be a very wise move toward meeting that commitment.

— Europe has embarked on a course toward green energy. Does the trans-Caspian pipeline have long-term prospects under these conditions?

— Achievement of 100% renewable energy use in Europe will take at least 30 years and quite probably longer. In the near term, Europe needs to reduce consumption of hydrocarbons with the worst carbon footprints, which are coal and oil. The most obvious and least environmentally damaging alternative during this transition is natural gas. After 30 years, the market for all hydrocarbons will shrink dramatically, of course. Natural gas may also be used to produce hydrogen. Combining this with Carbon Capture, Utilisation and Sequestration (CCUS) could be an attractive use of Turkmenistan’s vast gas reserves over the much longer term. There are currently a number of projects underway globally to prove scope and scale.

— The Trans-Caspian pipeline would be made possible by close cooperation with Azerbaijan and Turkey. How would this change the geopolitical landscape of Central Asia?

— I foresee no changes to the geopolitical landscape of Central Asia, particularly in light of Turkmenistan's and Azerbaijan's signing of the memorandum on the Dostluk oil field. Turkey has long been a friend of Central Asia and creation this year of the Organization of Turkic States symbolizes the friendship and willingness to collaborate of the countries involved.

— Is the construction of the connector technically feasible? What impact would this have on the environment?

— Before the project gets underway, we will conduct multiple feasibility studies to ensure that it is both technically and commercially feasible, and environmentally safe. That said, in 1999 and 2008 two feasibility studies for large Transcaspian pipelines were published that make clear that there are no serious technical obstacles to such pipelines, and that environmental risks can be managed. The length of the proposed connector is only 42 nautical miles (about 78 km). Given prevailing prices for natural gas, commercial feasibility appears obvious.

— It will be impossible to implement the project without attracting investment. Are there any prospects? Who might be interested in the connector and why?

— We estimate the cost of a Connector at between $500 million and $800 million, and the feasibility studies will give us a more accurate estimate. In the hydrocarbon industry that is a relatively small sum. Investors could include oil and gas companies already active in the region, who would benefit from additional gas supplies. There may also be opportunities for multilateral funding agencies to support the investment.

— How does the interest in Trans-Caspian and Nord Stream-2 correlate?

— The two pipelines would have completely different customers. Nord Stream 2's customers are in northern Europe. A Caspian Connector would mainly serve the South Caucasus region and perhaps Turkey.

— How can the economic situation in Turkmenistan change in the case of successful implementation of the connector project?

— If Turkmenistan were to export via a Caspian Connector from 5 to 12 billion cubic meters of gas a year, it could certainly expect respectable gross revenue. Obviously there would be expenses, including debt service, transit fees, taxes, and so on. Equally obviously, how much of this revenue would accrue to Turkmenistan versus how much to the well operators would depend on the terms of the production sharing agreements. All of that said, while we cannot predict what natural gas prices will be two years from now, a connector would almost certainly generate substantial profits for both Turkmenistan and the well operators.

The pipeline would open up another outlet for Turkmenistan's gas in the region, diversifying Turkmenistan’s current customers. I believe that is also in everyone's best interests.

— Why are you personally so interested in the connector project? After all, you are not an energy expert, but an agrarian. Is this a hope to implement a project that failed to move forward when you were the U.S. ambassador to Turkmenistan?

— While I am not an energy expert, my professional interests are not limited only to agriculture and agribusiness, as you may remember from our conversations in Ashgabat. As U.S. ambassador, I took an interest in all things that related to Turkmenistan. My interest in this project is simple to explain. Energy-rich Turkmenistan has an opportunity to provide natural gas to a region that needs it, via a project that would cost relatively little and could be operating within two years of whenever funding became available. Energy experts who know more than I do call it in English a «no-brainer», meaning it is an obvious thing to do. I believe this would be a win-win-win project. It is beneficial for the countries and the businesses involved and beneficial for the people of Turkmenistan.

Thank you, Mr. Ambassador. As always, you were very kind and answered exhaustively all questions of interest to our internet portal!